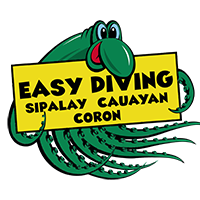 A nice sloping sand area with stingrays and other nice reef fish. Head to the drop off starting around 20m and going down to 40m+ with nice gorgonian sea fans and whip corals with good current its possible to see schools of barracudas and eagle rays. Also large Napoleon Wrasse like to sit on the edge of the reef next to the drop off.

One of the only dive sites with a buoy and commonly used as our ‘check dive’ there is a large sand area with hundreds of garden eels and coral outcrops. For more experienced divers head to the wall beginning 25m and search for larger marine invertebrates.

A colourful reef on a steep slope, the wall starts at around 25m and is covered with beautiful purple soft corals in some areas. Reef sharks and Napoleon Wrasse have been sighted here.

Our main ‘big fish’ dive we normally start the dive a little away from the reef in the blue. With good conditions and current Hammerhead sharks and Whale sharks have been sighted. Closer to the reef its possible to spot other pelagic fish such as schools of jacks and large tunas to name a few. The dive typically finishes in the beautiful reef area from 15m-5m perfect for those wanting some extra bottom time.

West Wall is home to some of the best coral in Cagayancillo, a nice mixture of hard and soft corals and an array of colourful tropical reef fish makes diving here an awesome experience. For those who like a little more adventure hit the wall with the chance of some larger pelagic fish passing by.

Another site with quality corals, this place has an amazing variety of hard and soft corals on top of the reef. Along the wall enjoy gorgonian sea fans and whip corals while on the look out for those large Marine predators.

Airport is one of the most well known dive sites in Cagayancillo and with good reason. The shallow areas are covered in colourful hard and soft corals and the wall with engulfed in Large gorgonian sea fans of different colours. You will also observe an array of colourful tropical reef fish in this area.

Another dive site with solid corals and a wall. Keep your eye out in the blue for those larger fish such as tunas, barracudas and eagle rays.

Gorgonia Garden is a favourite amongst many. A wall with some inviting overhangs and some sneaky macro surprises makes this dive site fun for all. But the main attraction here are the hundreds of huge gorgonian sea fans each spanning 1m-2m each. A wide-angle heaven for Underwater Photographers.

A wall with seemingly no end, Ghost Wall hosts some great underwater views. There are tiny caves and inlets so make sure to bring your underwater torch.

This dive site is great for those underwater adventurers who enjoy a little exploring. This wall is riddled with great overhangs and small caves. With nice gorgonians, elephants ear corals and whip corals this is another one for the wide angle photographers.

The exploring continues in Opera. Quite a large cave sits at 36m during the beginning of the dive. Also gorgonian sea fans and whip corals cover the wall making this an exceptional dive site.

Tanusa island is the island just north of Cagayan island. The general layout of this dive is a steep rocky slope to a sandy bottom of around 50m. There are healthy hard corals, nice canyons and overhangs you can squeeze yourself through in the shallow areas. Eagle rays and reef sharks can be seen.

With the right conditions a full day trip can be organised to these dive sites. Home to the recently sunk and new to our dive site roster is the Forever Lucky shipwreck.

An island in the north of Cagayancillo which takes approximately 2 hours to reach. This island is used as a flat area so a nice relaxing can lunch be had. Also with several dive sites around the island with the possibility to spot some reef sharks, eagle rays, and other pelagic fish.

A reef plateau situated a few kilometers northeast of Bonbon island. Starting at 25m a free descent is necessary to reach the bottom. Reef sharks make this place their home with the possibility to see other large marine animals.

A decommissioned cruise liner heading from Cebu to Manila by tugboat. The tow line snapped and Forever lucky was set adrift and hit the Cagayan archipelago in January 2019. A few months later the ship sunk and lucky for us, it’s at perfect diving depth! Lying on its starboard side the port side sits up at around 8m depth and heads down to around 38m. At an impressive 130m in length its perfect for those wreck lovers wanting to explore a new wreck.

For those experienced deep divers, the top of the ‘shark cave’ begins at 45m. As the name suggests the cave is generally home to white tip reef sharks.

A large wall with nice corals such as large whip corals, gorgonian sea fans, and elephant ear corals. Keep a lookout for those reef sharks and rays passing by.

Calusa island is a small island approximately 60kms west of Cagyancillo. A small fishing village with around 150 people the locals make their living mainly from fishing and coconuts. It is also possible to visit the island by zodiac during a diving day here to meet the friendly locals and drink coconut juice freshly cut from the tree.

The diving here mainly consists of large walls beginning from 3m heading down to 60m+ and with generally good visibility, it makes viewing these depths quite easy.

Situated on the southeast part of the island this is the only dive site with a sandy area with beautiful rocky outcrops. Just like Nonoy’s point in Cagayan, Rainbow reef is our ‘big fish’ dive while visiting Calusa island. With good conditions and heavy current Hammerheads and Whale sharks can be spotted here and we also have a chance to see large schools of jacks and barracudas. The fish aren’t the only thing to see here as the corals are exceptionally healthy. Gorgeous soft corals in an assortment of colors (giving the dive site its name) cover the wall and stunning hard corals on the top of the reef.

This dive site is situated right near the village of Calusa. The wall here starts around 3-5m and heads down to around 50m. A lot of colorful tropical reef fish call this place their home and even sometimes a chance to see a Hammerhead shark here also.

An impressive wall with some parts being a straight wall from 5m to 55m without break. Huge barrel sponges and gorgonians add to the beautiful wall with the occasional school of jacks and reef sharks passing by. The end of the dive can be enjoyed exploring some impressive caves, overhangs, and canyons.

Beginning at 3m, along this dive site we have many steep rocky slopes, canyons, and overhangs before the wall starts at around 20m. It can be tricky with strong current keep an eye out for large tunas and barracudas. 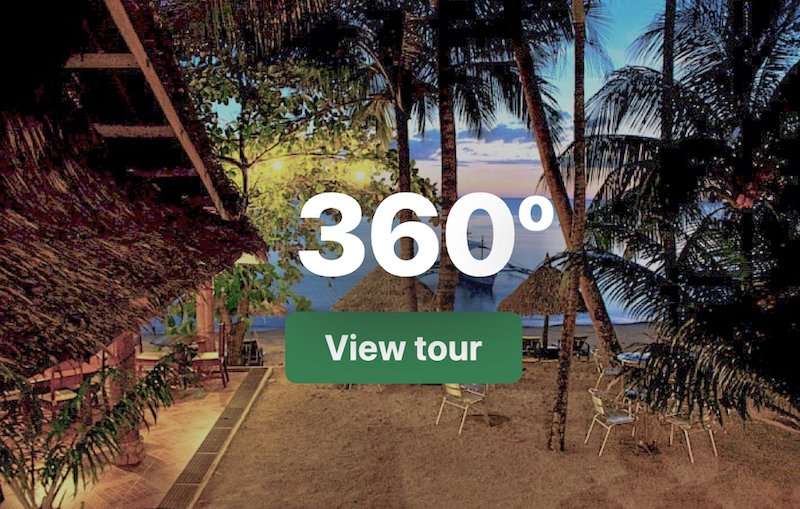 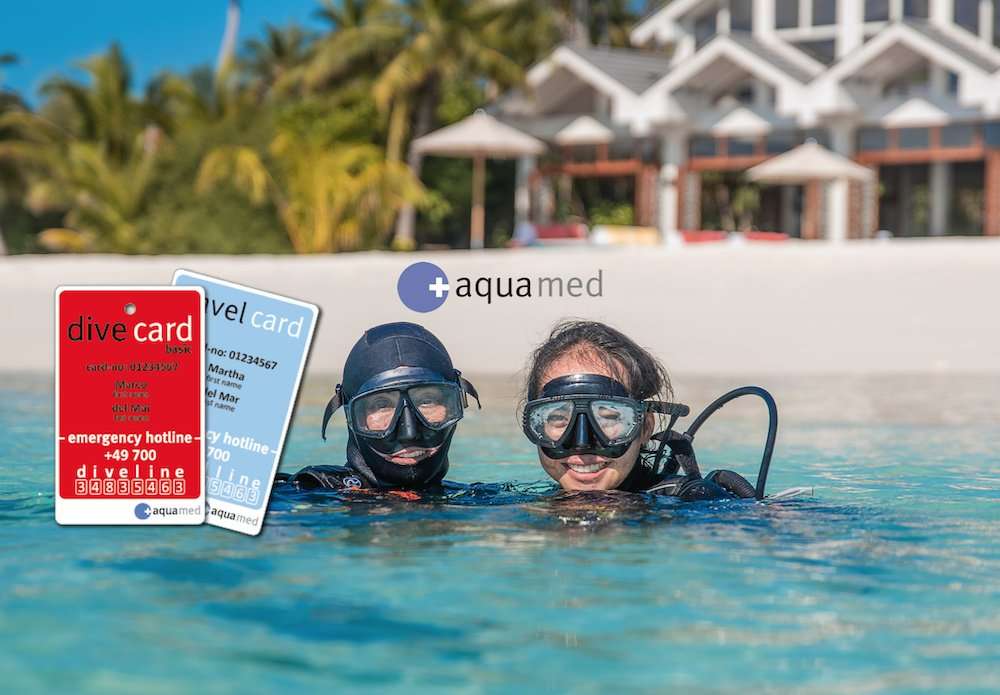 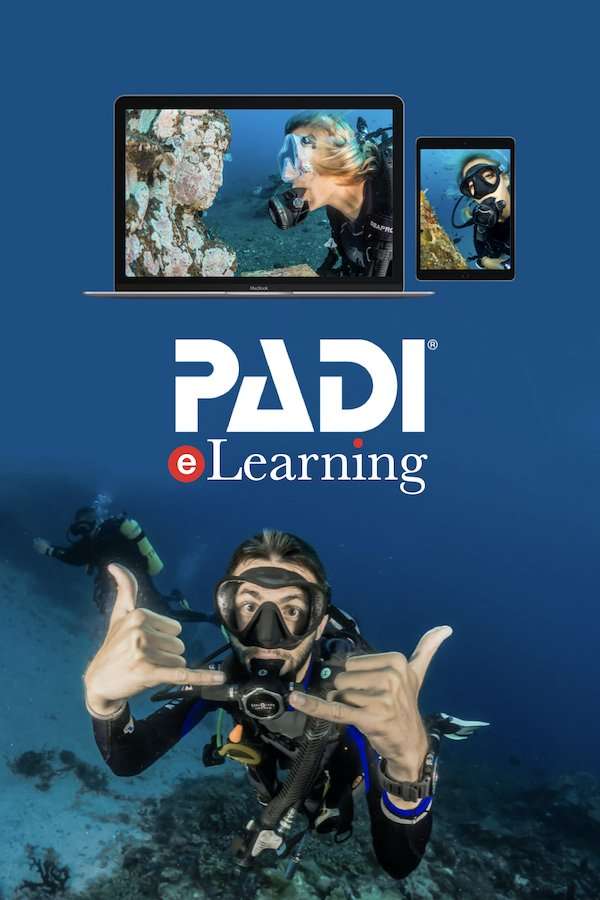